Pakistan contributes less than 1 percent of the world’s greenhouse gases blamed for causing global warming, yet its 200 million people are among the world’s most vulnerable victims of the growing consequences of climate change.

There is little doubt that climate change has become a reality that the world must accept. The Fourth Assessment Report of the Inter-governmental Panel on Climate Change sets out more clearly than ever before that the “warming of the climate system is unequivocal.”1 Adaptation is on the agenda of countries around the world and there is a growing consensus that the impacts of climate change will hit developing countries hardest, where a large portion of the world’s poorest live.

The nation is facing ever-rising temperatures, drought and flooding that threaten health, agriculture, water supplies and hopes for development of a society that ranks in the bottom quarter of nations, based on income per person.

Pakistan is one such country and will need to seriously consider its adaptation strategy. As agriculture is one of the largest sectors of the Pakistani economy (almost 24% of GDP and 44% of labour utilisation),2 it is critical to ensure that there is adequate adaptation to climate change in this sector. However, in order to begin determining an adaptation policy for the agricultural sector, it is essential to assess the kind of impacts climate change will have. Therefore, to assess these impacts, this study will look to model itself on the work of Mendelsohn, Nordhaus and Shaw3 and conduct a Ricardian analysis of climate change impacts on agriculture in Pakistan. The intuition behind the Ricardian approach is as follows: farmers are able to make economic substitutions to suit their environment, i.e. farmers possess the ability to adapt to their local climatic/environmental settings, producing an efficient level of output and maximising their returns. Given that any sufficiently large geographic entity (e.g. a country) sees a range of climatic conditions, it can be inferred that farmers in those distinct climatic conditions are putting their land to optimal use. What this implies is that a cross-sectional study that relates agricultural land value to climatic factors would serve as a robust indication of the damages that can be expected from a changing climate. A change in temperature for example would see farmers adapt their farming to maximise their returns; the question is whether the agricultural sector will see a net gain or loss as most farmers adapt to a changing climate.

Pakistan is among 10 countries affected most by climate change, according to the 2018 Global Climate Risk Index released by the public policy group Germanwatch.

Bridging the Middle East and South Asia, Pakistan is in a geographic location where average temperatures are predicted to rise faster than elsewhere, increasing 7.2 degrees Fahrenheit (4 degrees Celsius) by the year 2100, according to a 2012 World Wildlife Fund report.

This past April 30, the temperature in the southern city of Nawabshah soared to 122.4 degrees Fahrenheit (50.2 degrees Celsius), the hottest day on earth ever recorded in April, the Pakistan Meteorological Department and World Meteorological Organization said. It was even hotter in the southern city of Turbat on May 28, 2017, when the temperature hit a sizzling 128.3 degrees Fahrenheit (53.5 Celsius).

“We are planning to move to other places due to extreme heat in our area,” Nawabshah resident Azhar Rashid said in an interview. “We are surprised by every new summer here starting with high temperatures that badly affect our daily routine and jobs.”

So far this year, more than 60 people have died from the heat in Karachi, the country’s largest city. Many more die of heat-related illnesses across the country, but exact numbers of deaths are not kept.

In June 2015, more than 1,200 people died from the heat nationwide and 65,000 were treated for heat illnesses, the Provincial Disaster Management Authority for the Karachi region reported.

Depleting water supplies are another problem in a country where 60 percent of the land receives less than 10 inches of rain per year. Rivers are mainly fed by the Hindu Kush-Karakoram Himalayan glaciers, which are melting rapidly due to global warming.

Muhammad Akmal, a professor at Peshawar Agriculture University, said Pakistan’s rising temperatures are also being boosted because forests are being destroyed as people clear areas for housing and other development. The trend also is resulting in less fertile land for farming.

There is a significant data requirement to conduct such a study: agriculture, meteorological, soil quality and geographic, political delineation and socio-economic data, along with the need for integrating it all in a Geographic Information System and analysing it with sophisticated statistical software. This data is available (preliminary work has confirmed this) but, as a consequence of Pakistan being a developing country, it will be a challenge to get it. An assortment of government offices possess different components of the required data and not all of it in a convenient digital form. Thus a significant effort will need to be made in order to locate, access (this will require building and using contacts), collect, (possibly) digitise and prepare the data set. Some of this data will only be available in local government offices and will require travelling extensively to government offices in a number of smaller cities and villages to collect and verify4.

Work during the summer yielded some of the required data. It needs to be determined whether that data is sufficient for the proposed analysis.

At the same time, “the rise in the use of vehicles causes heat and more ozone-destroying gases that transform the environment into a furnace,” he said.

Pakistan, which has the world’s sixth-largest population, is projected to add nearly 100 million people by 2050, causing great strains on its resources. Plus, ambitious plans for economic development could mean the country increases carbon emissions by 300 percent over the next 15 years, as more cars clog roads and demand for electricity expands, according to projections.

The country’s government has pledged to reduce emissions by 2030, as required by nations that signed the Paris Climate Accord, but it has not said how it will accomplish that given its development hopes.

Feeding the growing population will be a challenge as the melting of glaciers and higher water evaporation rates caused by hotter temperatures will mean less irrigated water and smaller harvests of staples such as wheat and rice.

“Recently we have seen devastating results of this growing mess,” said Aamir Amjad, senior program coordinator at the Friedrich Naumann Foundation for Freedom, a liberal policy group. “Humans are forced to migrate and switch their livelihoods, the yield of crops has decreased … (and) “the cycle of extreme weather has either expanded or intensified.”

Despite all these environmental challenges, climate change has not been a major issue debated during the campaign for a new national assembly to be elected Wednesday. Instead, issues such as corruption and improving social services have dominated the debate among candidates.

During the last five years, only the Pakistan Movement for Justice party, favored to score gains in the election, focused on environmental issues in Khyber Pakhtunkhwa province by launching a program to plant a billion trees to reduce heat across the province.

“We need to teach new generations about the environment and encourage researchers to conduct empirical studies on climate change issues,” Amjad said. “Their findings will help to streamline policies.”

A 2017 report by the Asian Development Bank concludes that northern parts of the country will suffer the biggest increases in temperatures and that water per capita will decrease at an alarming rate in coming years.

The report also warned that extreme climate change events, such as heavier rains that cause flooding, will damage the country’s gas, oil, and power infrastructure. Warmer temperatures also may affect the efficiency of nuclear plants, it said.

“There is a need to develop drought- and heat-tolerant crops that show optimum performance even with changes in climate patterns,” the report said. It also called for construction of water storage systems, investment in renewable energy, “improved weather forecasting and warning systems, retrofitting of critical energy infrastructure, and construction of dikes or sea walls.”

Defeating hunger, combating malnutrition, alleviating food volatility and dealing with climate change reside in the sustainable production of food, which is possible with some radical changes. This would be a change that reinforces the rights of small land-holders equally and that can bring incentive into the current scenario. Studies have shown that optimum production of most of the staple crops can be obtained with small units of production and can reduce poverty.

4. The federal government maintains aggregate numbers for provinces and federally administered territories; some de-aggregated, district level data is available at the federal level, however much of it sits in district (or more local level) offices. 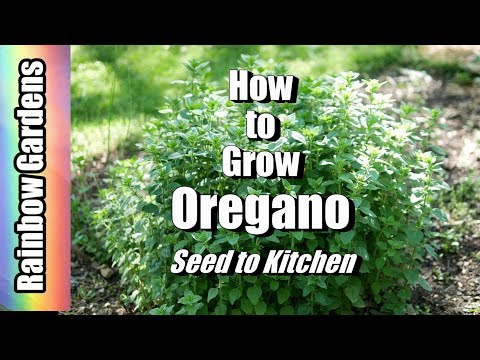