THE Punjab government is negotiating a project with the World Bank to deregulate its rural-based agro-economy to increase the productivity of crop and livestock farmers, improve their climate resilience and foster agribusiness in the province.

The provincial government has requested the bank to support the Strengthening Markets for Agriculture and Rural Transformation (SMART) programme.

The programme will support selected parts of the government’s broader programme by helping it transform agriculture, livestock, water resources management and the rural non-farm sector with a focus on increasing productivity, improving the functioning of markets including food safety, supporting the rural non-farm economy and enhancing resilience and inclusiveness over a five-year period through 2022.

Agriculture employs more than 44pc of the country’s working-age population, but it does not allow for the regulation of employment terms, nor does it provide social safety nets

The deregulation is expected to create space for more budgetary allocations in the public sector through the reduction of subsidies. The budget could then be reallocated to better maintenance of irrigation infrastructure, promoting high value agriculture, improving the delivery of agricultural services, research and extension and agricultural insurance. 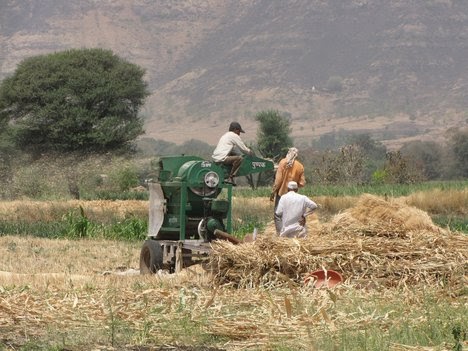 If the legislation pertaining to agriculture, water and the environment is enforced and complied with, deregulation will benefit the environment in the form of improved water efficiency and productivity and less use of fertilisers and pesticides, the World Bank believes.

Punjab’s rural economy is characterised by an unequal distribution of resources and a proliferation of smallholders, who do not necessarily have access to policymakers and legislators who formulate strategies for the agriculture sector.

Preliminary results from the 2017 census place the size of the country’s rural population at about 135 million of a total of 208m people. The total population of Punjab is estimated at just over 110m, of which almost 64 per cent, or 70m, are estimated to be living in rural areas.

Agriculture employs more than 44pc of the country’s working-age population, but it does not allow for the regulation of employment terms, nor does it provide social safety nets that can help smooth out significant fluctuations in the value of production, or allow for formal sector financing models to be rolled out at scale.

Interventions in these areas are needed to make a positive difference to the 92pc of farmers who live off landholdings of less than two hectares. The government’s broader programme is supported by an investment of $3.797 billion in agriculture, livestock, farm-to-market roads and irrigation over the next five years. Of this amount, $1.145bn is allocated to agriculture and livestock.

In addition, there is a recurrent budget allocation of $330m for irrigation maintenance and repair, and $115m for human resources, bringing the size of the programme expenditure framework to $4.242bn.

The Punjab government also spends an estimated $515m each year on agricultural subsidies, including wheat ($333m) as part of its recurrent expenditures.

The Programme for Results-supported government programme is limited to the allocation for agriculture and livestock, plus human resources and irrigation maintenance and repair for a total of $1.59bn.

The World Bank says that growth in the agriculture sector in Punjab has been poor for some years and this has had a detrimental effect on the well-being of agricultural communities.

The proposed programme is to increase productivity in the sector, and thereby support household incomes and livelihoods in rural communities.

One objective of the project is to modernise the wheat marketing system by gradually withdrawing the provincial government from the wheat market and subsequently phasing out government wheat procurement, reducing the size of strategic grain reserves, and building modern storage facilities.

The programme will also provide agribusinesses with incentives to spur investment in value-addition and agricultural technology.

The provincial government plans to institute a financial support scheme for agribusiness through a system of matching grants. The contours of the scheme are being developed and it will incorporate special incentives to promote the participation of women-owned enterprises and firms working with small farmers.

The government will issue a notification of the ‘Punjab Agricultural Marketing Regulatory Authority Act’, which will allow greater private sector participation in agricultural marketing.

To improve safety of food for public consumption, a provincial reference food-testing laboratory will be established and operationalised together with a series of regional and mobile laboratories.

Published in Dawn, The Business and Finance Weekly, November 27th, 2017